West Virginia has a deal for students who want to better themselves with a college degree: Starting July 1, you can enroll in one of the state’s local community colleges — and the state will pay for your tuition to earn an associate’s degree or training certificate. But here’s the catch: The students must first pass a drug test before each semester.

West Virginia isn’t alone in rolling out free tuition programs, a trend that has spread to 19 U.S. states during the past five years, according to a June report from progressive think tank Century Foundation. But in addition to some typical requirements, such as achieving a certain GPA, the Appalachian state is alone in requiring its students to also pass a drug test to qualify for free tuition, according to education publication Inside Higher Education. 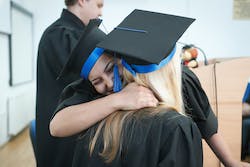