Latest Completion Data Trends Up for All

Six-year completion rates are up in every institution, according to the latest National Student Clearinghouse Completing College report which studied the fall 2015 cohort.

Numbers show that 62.2% of all students who enrolled for the first time in fall 2015, no matter their age, race, or enrollment status, were able to achieve a credential in at most six years, a 1.2 percentage point increase from the previous cohort. Last year, only 12 out of the 46 states with sufficient data saw completion improvements of at least one percentage point. This year, 32 out of 46 states showed improvement.

Dr. Doug Shapiro, vice president of research and executive director of the research center at the National Student Clearinghouse.The largest increase in completion happened at community colleges, who saw a 1.5 percentage point improvement. White, Latinx, and Black students all saw an increase, but Black students saw the most gains, with their completion rates jumping 1.9 percentage points.

“It’s a hopeful report,” said Dr. Doug Shapiro, vice president of research and executive director of the research center at the Clearinghouse. “I think it makes the results from last year’s completion report, which showed essentially no change, look more like a brief pause in what now appears to be a longer-term trend of steady improvement over the last six years in completion rates.”

That overall upward trend in completion “shows that students and colleges alike are making long term adjustments, making sure that everyone who starts college has what they need to finish,” said Shapiro.

The National Student Clearinghouse, a nonprofit organization that specializes on data in higher education, gathers data shared by 97% of American colleges and universities. Their Completing College reports are designed to show the state of higher education overall, whether those students attended a two-year, four-year, public or private, profit or non-profit. This year’s study might be one of the last to document what it was like for students before the pandemic, said Dr. Stella M. Flores, an associate professor of higher education and public policy and the director of research and strategy for the Education Research Center at the University of Texas at Austin.

“This is one of the last classes to not have to experience the pandemic, job loss, changes in technology, adjusting to technology in their work and schoolwork, not impacted by the trauma in the hospitals,” said Flores. “What we can learn from this cohort is going to be really important, because it’s going to be the cohort we look back to, comparing back to an age of stable inequality, versus severely disrupted and impacted inequality.”

Students in the fall 2015 cohort were not likely to be influenced by the pandemic, said Shapiro, because most in that cohort likely graduated before 2020.

Flores said that the post-recession economy and job-market surrounding the fall 2015 cohort can say a lot about their six-year completion increase, but improving student supports for those already enrolled also likely played a part. If college advisors or student support services offered more help to students who need financial aid, for example, that could have helped keep more enrolled and persisting, said Flores. 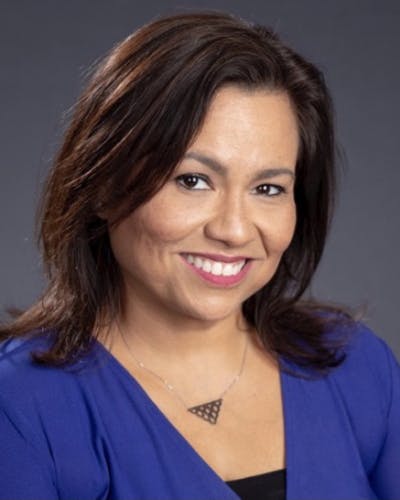 Dr. Stella M. Flores, associate professor of higher education and public policy and the director of research and strategy for the Education Research Center at the University of Texas at Austin.“A lot of students lose track of how to continue [financial aid], so they take on more work,” said Flores. “If they don’t reapply or if they don’t get the same amount, and they’re already low income, they don’t have the resources to rely on outside of aid.”

Often, community college students will forgo even applying for financial aid, said Flores, because they anticipate they won’t be able to finish right away.

Even though two-year colleges did experience the largest growth in completion of all institutions in this report, they still have the lowest completion rate overall at 42%. In the fall 2015 cohort, more Black students enrolled at public four-year institutions than two-year. That’s one possible reason their completion numbers increased, said Shapiro.

“We don’t know why this shift happened, if it’s students making different choices, institutions making better offers, or a whole other host of reasons,” said Shapiro. “That alone can account for the increase in overall completion for Black students.”

While the rise in Black student completion rates is “great news,” said Flores, the lingering equity gaps between racial groups is reason for concern. Roughly 30 percentage points exist between the high and low points in the data. More information is needed, she said, especially for other demographics. Eleven percent of the data the Clearinghouse received had no indication of a student’s racial identity.

“Bottom line, these numbers are helpful, but it’s a call to look at more intersectional identities,” said Flores. “We can’t begin to solve our completion issues if we’re not transparent about where the biggest gaps are.”