Supreme Court Will Hear Affirmative Action Cases. What Happens Next? 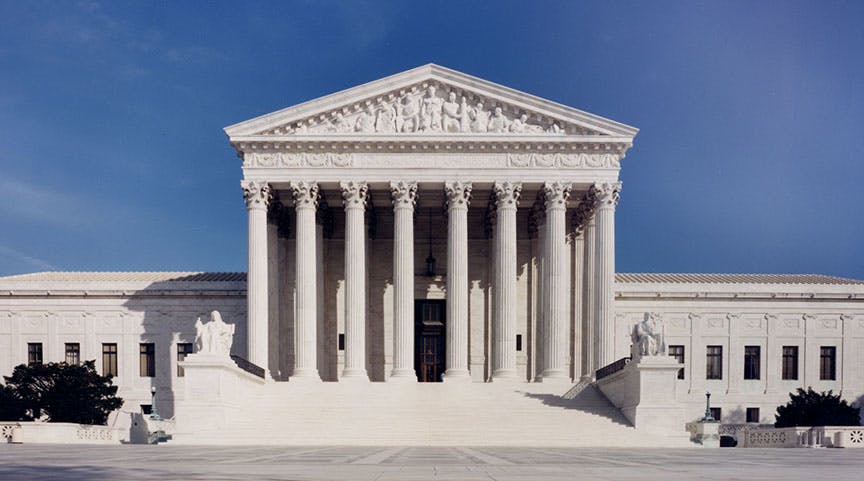 U.S. Supreme Court BuildingOn Monday, the conservative-majority U.S. Supreme Court announced it will hear an appeal of a ruling that Harvard University’s use of affirmative action in admissions is legal. In addition, the Court will hear an appeal of a similar decision that the University of North Carolina at Chapel Hill (UNC)’s use of affirmative action is legal.

Through these cases, which the Supreme Court will consolidate, affirmative action opponents could reverse the Harvard and UNC decisions as well as overrule previous cases that have upheld the use of race-conscious affirmative action in college admissions since Regents of the University of California v. Bakke in 1978.

While some legal and higher education experts say that affirmative action may not be overturned given precedent, with the makeup of the court today, others voice concern that the end is in sight and colleges may soon need to turn to other means to enhance diversity.

“First of all, the news was not unexpected,” said Victor Goode, an associate professor at the City University of New York (CUNY) School of Law, who previously worked as part of the legal team that filed amicus briefs in three landmark affirmative action cases (Bakke, Weber, and Fullilove). “Most of the civil rights community was pretty sure that the court would definitely take up the Harvard case and also the North Carolina case because they raise similar issues.”

In the Harvard case, a group of Asian American plaintiffs called Students for Fair Admissions sued the University over race-conscious admissions. But the Harvard case decisions in 2019 by Judge Allison Burroughs and 2020 by the U.S. Court of Appeals for the First Circuit both agreed with the University. Dr. Julie Park, associate professor of student affairs at the University of Maryland’s College of Education, served as a consulting expert in the case on the side of Harvard.

“It’s important to know that the lower courts have affirmed both institutions—and for Harvard, that affirmation happened twice, at the district level and the circuit court—that they did not see levels of intentional racial discrimination,” said Park, who studies affirmative action in college admissions.

Sarah Wake, a lawyer at McGuireWoods who represents universities on policy issues and previously was the associate general counsel at Northwestern University, added that the prior rulings on the Harvard and UNC cases make the Supreme Court’s decision to hear both again stand out.

“The Court’s agreement to hear the cases involving Harvard and UNC is incredibly significant, especially because there is not a circuit split on the issue and the lower courts agreed that the way in which the schools considered race is permissible under prior Supreme Court precedent,” wrote Wake in an email to Diverse. “Specifically, today’s decision shows the court is willing to reconsider well-established Supreme Court precedent allowing the limited use of race in admissions.”

That willingness to reconsider precedent is a welcome stance to Devon Westhill, president and general counsel of the Center for Equal Opportunity, a conservative think tank that promotes “colorblind equal opportunity and nondiscrimination,” according to its website.

Like Goode, Dr. Liliana Garces, an associate professor in the department of educational leadership and policy at the University of Texas at Austin, said that she was not surprised that the Supreme Court decided to hear appeals in the Harvard and UNC cases. Garces added that it only takes four votes rather than five for the Supreme Court to hear a case.

But Garces said that “we’ve been surprised before with the Supreme Court when you look at these issues.” She referred to the 2003 affirmative action case in Grutter v. Bollinger with the University of Michigan Law School. Justice Sandra Day O’Connor provided the swing vote that upheld in that case the “narrowly tailored use” of race in admissions given the educational benefits of a diverse student body. In 2016, the Supreme Court last upheld affirmative action with a 4-3 vote in the Fisher v. University of Texas case. Justice Anthony M. Kennedy was the swing vote in that decision.

“I don’t think it’s doom-and-gloom right now, but it is certainly an uphill battle,” said Garces when reflecting on past surprises in affirmative action cases. “There are different ways that the court could go, and it presents a challenge to both private and public universities. But it’s still a court that—in order to maintain its integrity—should abide by prior precedent.”

Yet Justices Kennedy and O’Connor have since retired, and the three justices who disagreed with the 2016 Fisher decision remain on the court today. Three new conservative justices have joined them as well. Goode stressed that out of the new justices, only two votes are needed to reach a majority, which he pointed out could indeed mean a different era.

“The new members of the court—Kavanaugh, Barrett, and Gorsuch—haven’t had affirmative action cases before, but when you look at their judicial philosophy, I don’t see someone like a Justice O’Connor or Kennedy who previously played a middle role, a bridge between the conservative and liberal courses,” said Goode. “I just don’t see it. I hope I’m wrong.”

Wake agreed that ending or at least weakening race-conscious affirmative action in higher education could be in sight.

“Given the current composition of the court, it is quite possible the court will hold that the way many schools are currently considering race in the admissions process does not pass the “strict scrutiny” standard, and that it is therefore unconstitutional and/or a violation of Title VI of the Civil Rights Act of 1964,” wrote Wake in an email to Diverse.

Goode noted that if affirmative action is struck down, that doesn’t mean that there are no future options for diversity in higher education admissions. “It means that admissions will need to be more creative and more broadly focused in how they make decisions,” he said.

As an example, Goode pointed out that admissions could use a disadvantaged student model, which is not race-specific. Anyone would then be able to make a case in their application as to why they were disadvantaged in their education, which could include circumstances like poverty or illness.

“Now does this make the admissions process more complicated and challenging? Yes, it does,” said Goode, who noted that students of color who went to under-resourced high schools could make such a case in their applications. “It requires more individual attention, more time and energy to weigh these processes.”

That also means institutions would likely need more admissions staffing and resources. That could be a challenge for selective schools without the financial heft of Harvard. As for what comes next with the Supreme Court, however, Park said that still remains unclear.

“I think it’s really unpredictable what’s going to happen,” she said. “This case will be one to watch.”