South Arkansas Community College’s Board of Trustees have voted unanimously Sept. 20 to rename the school to South Arkansas College. The name change is hoped to be complete by June 2023, the Arkansas Democrat-Gazette reported.

"It's reflecting our current and our future – the comprehensive nature of the college... We feel that the name 'community' is perhaps a little bit limiting for future students or partners,” said Dr. Bentley Wallace, SouthArk's president. “We don't want our name to be a barrier," he said. "We think the name change better reflects where we're going... We're evolving as a college. We do have a broader approach and appeal as a college than we've had in the past."

The school will likely begin referring to itself as South Arkansas College around next January, Wallace said.

The school has made many improvements over a few years, such as adding an athletic program with men's and women's basketball, softball, and baseball; and new academic programs, including two programs in forestry tech and medium and heavy truck tech. 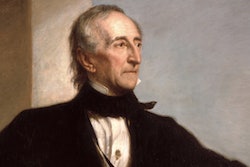